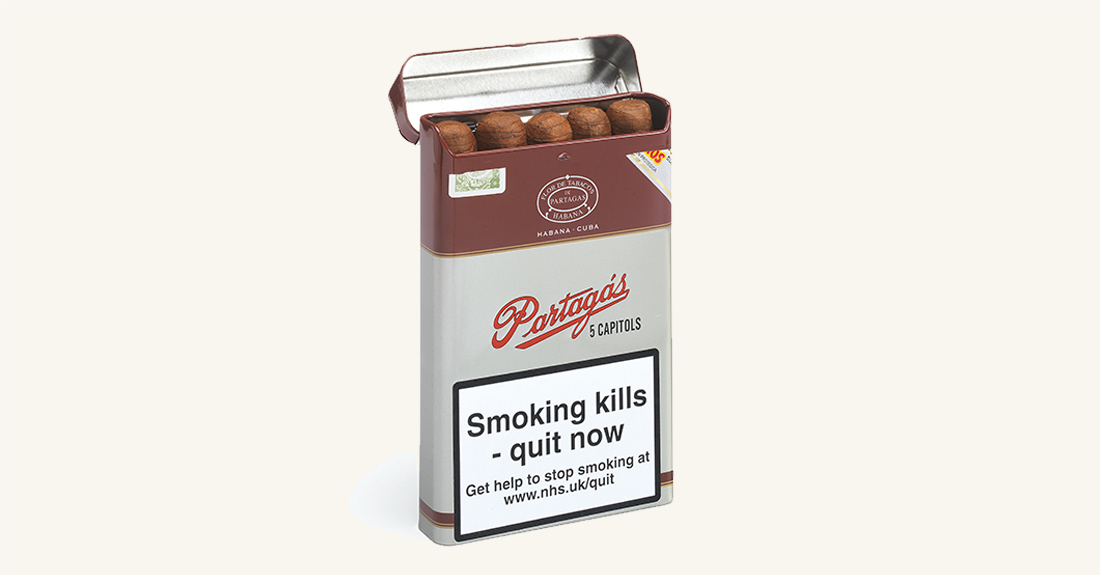 Partagás Capitols and the rule of five

The much anticipated Partagás Capitols have now been launched in the UK and are available in Havana Cigar Specialists and selected outlets across the country.

These mareva sized cigars – 5 1/8″ (129mm) x 42 ring gauge – are presented in tins of five and are the second of two products to be released by Habanos S.A under the ‘Linea Retro’ title, following on from the Romeo y Julieta Club Kings earlier in the year.

The retro metal tin, inspired by pocket cigar cases that were much in vogue in the 1970s, makes these new additions eminently portable and quite stylish. The original 1970’s cases are now much sought after by collectors around the world, fetching high prices at auction.

These cigars have been rolled to the distinct full-flavoured blend that has made Partagas such a favourite over the years and have been made “totalmente a mano con tripa larga”- totally handmade with long filler. All of the filler, binder and wrapper leaves used in making these cigars are harvested from the best tobacco-growing plantation in the Vuelta Abajo area in Pinar del Río, Cuba.

The Partagás brand owes its origin to the efforts of a remarkable Catalonian entrepreneur named Jaime Partagás Ravelo, who as a young man in the early the 1820s immigrated to Cuba.

By 1827 he had started his first cigar factory and in 1845 he registered the name of La Real Fabrica de Tabacos Partagás (The Royal Partagas Cigar Factory) as a trademark.

The year 1845 is commemorated on the stuccoed sign that tops the façade of the factory at 520 Industria Street, which Jaime Partagás  opened in 1860 and where the cigars that bear his name have been made ever since.

Always an innovator, Partagás pioneered the idea of allowing readers to entertain the cigar rollers whilst they worked in his factory.  It is generally accepted that the first such reading took place in 1866.

Sadly Partagás would not live to see his business grow into the global enterprise that it was to become as in the summer of 1868 he was shot whilst on a visit to Pinar del Rio and died soon afterwards.

Who killed Jaime Partagás, and why, remains shrouded mystery.  Some ascribe his demise to an affair of the heart; others believe that it was the result of a commercial dispute with a rival cigar manufacture, Cabañas y Carbajal, which had accused him of selling cigars under their names in the British market.

The Partagás family continued to run the business until the end of the century with the support of a banker called José Bances.  Then in 1899 the company was sold to Ramon Cifuentes whose family, at first in partnership with Jose Fernandez and then with Francisco Pego, ran Partagás up until 1960. 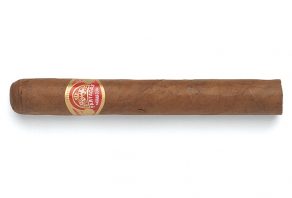 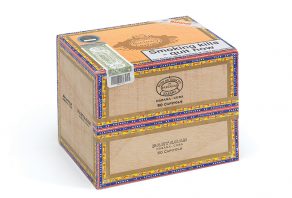 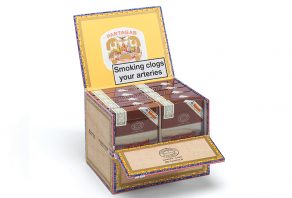