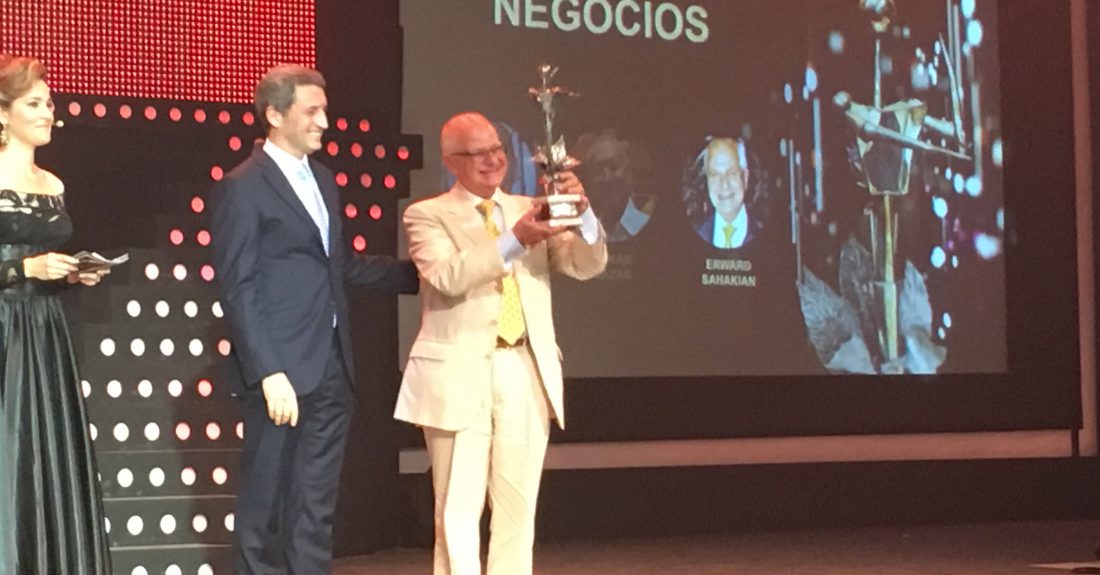 Hunters & Frankau are absolutely delighted and proud to announce that Edward Sahakian, proprietor of Davidoff of London, was awarded the Premio Habanos del Ano Negocios (Habanos Man of the Year Business) at the 2017 Festival del Habanos in Cuba early this month. 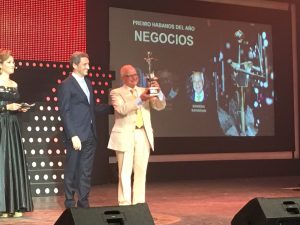 Over the past four decades, Edward Sahakian has become one of the best-known and most respected ambassadors in the cigar world.

Edward came to London with his family in 1979 at the age of 35. Already an experienced Habanos enthusiast with a collection of vintage Habanos at Alfred Dunhill, he felt there was a long-term opportunity for cigars in the city provided he could achieve the highest standards of presentation and service. In those days one of the most prestigious Habano brands was Davidoff, and he was granted a franchise for his store as Davidoff of London. 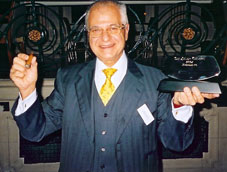 In May 1980 Edward opened his doors at 25 St James’s Street for the first time to reveal an elegant, thoroughly modern interior, which led to a state-of-the-art, walk-in humidor that was larger and more efficient than anything Londoners were used to at that time. Then, as now, it contained every brand of Habanos imported to the UK. 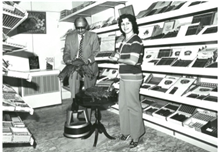 Avelino Lara and Norma Fernandez at the shop in May 1980

From the start Edward took every opportunity to support Habanos. The shop’s very first visitors from Havana were the then Director of El Laguito, Avelino Lara, and torcedora Norma Fernandez, who in 2006 rolled all the 40th Anniversary Cohiba Behikes. Edward and Norma have remained friends ever since and he never misses a chance to see her when he visits El Laguito.

Edward with Norma Fernandez at  El Laguito in 2006

Since then Edward has lost count of all the cigar rollers from Cuba, who have worked in his shop. He has enormous respect for their art, so he has made sure that they are all made welcome and their needs looked after. The same has applied to senior executives from Cubatabaco and Habanos S.A. such as Jaime Mas, Francisco Padron, Francisco Linares and Oscar Basulto, all of whom visited Edward and received a warm welcome.

Edward with Francisco Padron in 1994

Edward’s first trip to Cuba took place in February 1990 when he was amongst the first group of British retailers to visit the island. In November 1992 he returned to take part in the celebrations at which Cohiba’s Línea 1492 was launched. He was back again in 1997 to attend Cohiba’s 30th Anniversary celebrations where he bought in the auction one of the commemorative humidors signed by President Fidel Castro. In 2003 and 2005 he attended the Festival del Habano. On both occasions he was nominated for Havana Man of the Year retail in 2002 and 2004 respectively. He also attended the 2007 Festival at which his friend the journalist and author Nick Foulkes, whose interest in Habanos was encouraged by Edward over many years, received the Hombre Habano award for Communications. 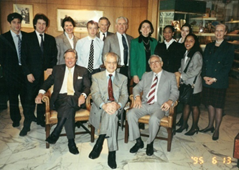 Edward with Francisco Linares, Nicholas Freeman and the shop staff in 1995 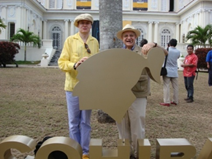 With Nick Foulkes at El Laguito in 2007

Edward’s public relations activities reached new heights during the early 1990s when he cooperated closely with Marvin Shanken and James Suckling when they launched Cigar Aficionado Magazine. His shop became a focal point for many of the Hollywood stars featured in the magazine when they visited London. Arnold Schwarzenegger commented recently that Edward has been his trusted guide to Habanos for over twenty years.

In 2012, he took an entirely new step when he opened The Edward Sahakian Cigar Shop and Sampling Lounge at the prestigious Bulgari Hotel in Knightsbridge. He was able to provide his customers with a place where they could enjoy their cigars in luxurious comfort despite the indoor smoking ban. 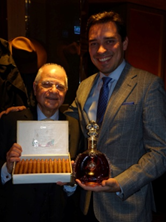 With Athila Roos of Remy Martin in 2016

The lounge, which is supervised by Edward’s son Eddie, who joined the business six years ago and managed by Mike Choi, the runner-up in the 2014 Habanosommelier Contest, provides a unique venue to showcase over one hundred Habanos vitolas including many vintage cigars from Edward’s private collection.

Edward often attends the events himself because it gives him the opportunity to share with consumers his enthusiasm for cigars and the experience he has accumulated in thirty-seven years. He is a renowned guest speaker at cigar events and his knowledge is widely recognised and respected amongst cigar smokers not only in the UK, but also throughout the world.

Edward is regularly featured in magazines, news features and online interviews about cigars. He has reached tens of thousands of cigar consumers through the interviews he gives – both on film and written. A video he made for Country Life on how to choose, cut and light cigars has been viewed online nearly one million times.

Simon Chase (retired Marketing Director of H&F) says: “Edward and I are virtually the same age, we entered the cigar trade within two years of each other and we have shared an extraordinary adventure over four decades. I can safely say that without Edward’s knowledge, skill and enthusiasm, there would be fewer cigar smokers in the world and London would not be the centre for Habanos that it is today.”

With Simon Chase in Havana 2007

Whilst it is impossible to quantify Edward’s impact on our industry, suffice it to say that it is rare to meet a Habano smoker anywhere in the world, who hasn’t heard of Edward Sahakian or who hasn’t met him in person and experienced his hospitality, shared in his extensive knowledge, benefitted from his advice and enjoyed a cigar a little bit more as a result.
On behalf of all of us at Hunters & Frankau we would like to offer Edward, Eddie and all the team at Davidoff of London and The Edward Sahakian Cigar Shop and Sampling Lounge at the The Bulgari our most heartfelt congratulations. 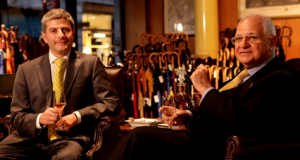