The Long and Short of it

A thought that had been percolating at the back of my mind for some time was bought sharply into focus when I was confronted with the exploits of Señor Jose Castelar Cairo. For those of you unfamiliar with the name, Señor Cairo has just rolled the longest cigar ever produced. Taking a week to make and beating his own previous record of 147 feet, his most recent effort measures a mind-boggling 262 feet long. Looking at this magnificent, surreal edifice got me thinking about the changing shape of the Cuban cigar in general. 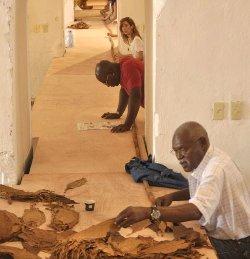 It seems that the recent trend has been that when wishing to produce a larger vitola the tendency has been to increase the ring gauge rather than the length of a cigar. This shift occurred as a response to changing consumer tastes and has resulted in a host of new wide gauge vitolas and some fantastic additions to the range. Much has been said about these new wide gauge cigars and many people, myself included, have been very taken by some of them. However, these developments have also left some forgotten gems on the shelf for those that know what to look for.

There are many reasons why things seem to have changed from ‘long’ to ‘wide’, probably too many to list here, but I have always felt that the runaway success of the Cohiba Siglo VI can be seen as a defining moment. Upon its UK launch in 2003 it became the widest Cuban parejo (a straight sided cigar) on the market, with a ring gauge of 52. By my reckoning there are now a further nine standard line Habanos that share or surpass this standard, with two more being added in 2011.

This development, coupled with the emergence of cigars described recently by one journalist as “Espresso Cigars”, that is, short wide Habanos that deliver on flavour in a relatively short format, means that the thin gauge cigars are overlooked by some people.

This was backed up by my experience at a recent Cigar Tasting at Ten Manchester Street. We enjoyed the H. Upmann Sir Winston with Hine Cigar Reserve Cognac. A pairing enjoyed by everyone in attendance, but many of the group said they would not normally reach for a cigar more slender than a Robusto and had not smoked a Churchill cigar for some time, if ever.

That strikes me as a shame because there are some really great cigars out there for those that don’t mind dipping below a 50 ring gauge. In recent weeks I have enjoyed a Trinidad Fundadores, Romeo Y Julieta Prince of Wales (vintage), Partagás 8-9-8 (varnished), Cohiba Lanceros and the fantastic H. Upmann, Sir Winston. All great cigars with a few years age on them and none with a ring gauge above 47.

To me, part of the enjoyment of cigars is selecting the appropriate cigar for the occasion. I sometimes think that the only thing more frustrating than not having the time to enjoy the whole of your cigar is finishing a smoke and finding that you are unsatisfied. Selection is key to avoiding these problems and ensuring you have the correct size and blend to compliment the occasion, the food, the drink and the time at your disposal is all part of the fun.

One cannot imagine the occasion that would demand that you light up Jose Castelar Cairo’s record breaking cigar. However, I couldn’t help thinking that, while the roller certainly deserves all the plaudits he is currently receiving, there should surely be a separate accolade for the person who manages to smoke the thing… 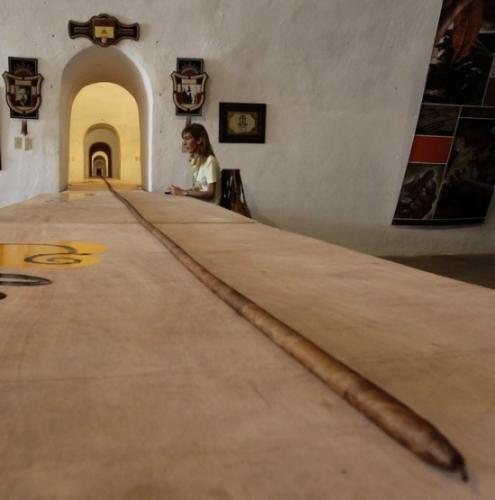