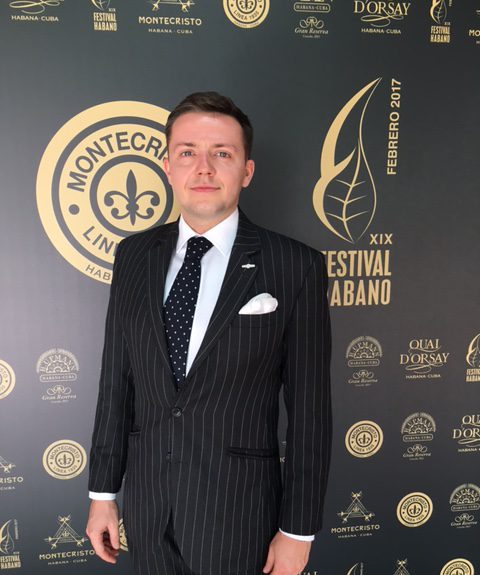 Slawomir Bielicki is runner up in 2017 World Habanosommelier final

Many congratulations to Slawomir from The Churchill Bar & Terrace who finished 2nd in the 2017 World Habanosommelier contest held during the Festival del Habanos earlier this month.

Slawomir won the right to represent the UK by winning the annual H&F Habanosommelier competition to secure his place in the world finals in Havana.

He then beat the other Habanosommelier finalists to make it through to final round where four contestants battled it out for the crown. He eventually was placed second which is a fantastic achievement given the high standard of the competition.

To reach the final round, the contestants had the task of blind tasting and naming two Habanos and five different spirits, a difficult challenge at the best of times without a large audience and world press focused on your every move. Slawomir correctly named the two cigars and all but one of the drinks. A really impressive performance.

The next challenge was for each Sommelier to individually present their Habanos and drink pairing to the panel of judges, again in front of a large audience. Slawomir’s choice of a Partagas Serie E No.2 with Pol Roger Sir Winston Churchill Cuvee 2004 champagne served in glass tankards impressed the panel greatly. Slawomir’s idea of also introducing to the palate roasted coffee beans dusted in chocolate to enhance the pairing also suitably impressed and his place in the final was secured. 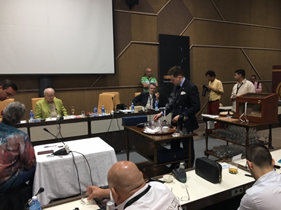 The final on the last day of the Festival presented the greatest challenge yet. In front of a packed auditorium, each sommelier had to serve two dummy guests with a tailored scenario given to each to judge their subsequent choice of a Habanos and a drink. Slawomir performed extremely well in the spotlight, recommending, serving, cutting and lighting their cigars whilst reviewing the Habanos in the humidor and answering pre-determined questions asked by the “customers”. He only narrowly missed out on taking the title which went to the representative from Chile.

On behalf of all of us at Hunters & Frankau we would like to offer Slawomir our congratulations and thank him for being such a conscientious UK representative.