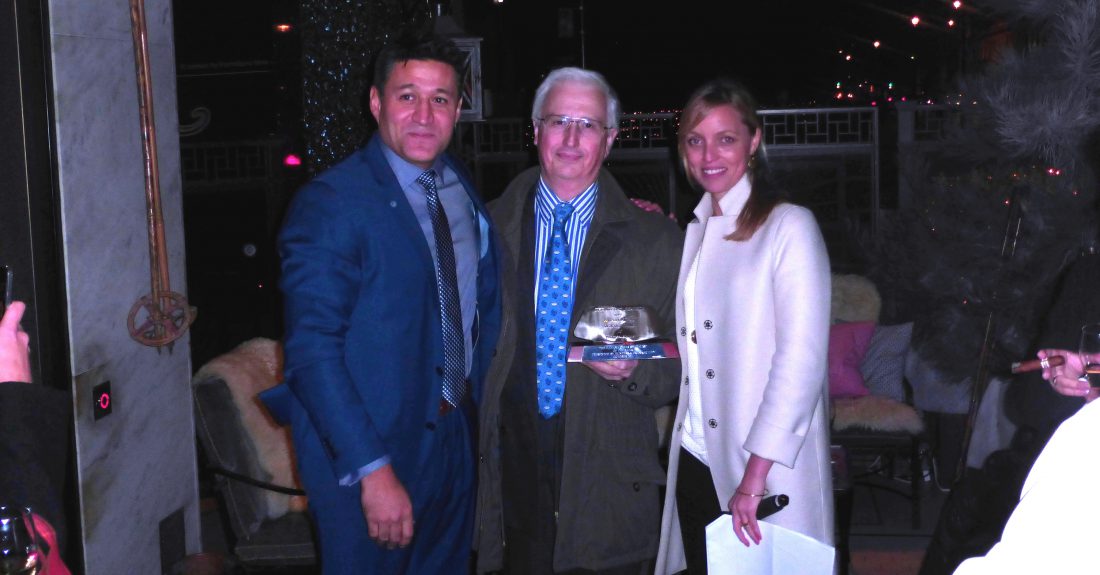 Hunters & Frankau awarded the Silver Chaveta for Habanos Retailer of the Year 2013 to Malcolm Mullin of Vintage House & The Soho Whisky Club. He received the award in recognition of his outstanding contribution to the UK fine cigar trade. 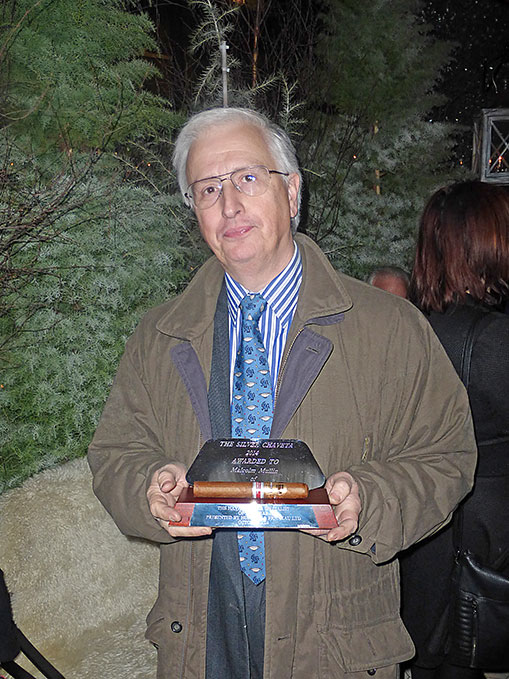 First awarded in 1999, H&F presents the Silver Chaveta trophy to one Havana Cigar Specialist each year. The criteria for consideration include Habanos sales and promotion, presentation and humidification, investment and innovation as well as pro-activity within the market.

The Vintage House was initially established in the mid 1940s as a family owned independent wine merchant in one of the oldest buildings in Soho. It was heavily bombed during the war but lovingly rebuilt and 20 years ago started specialising in Whisky, premium spirits and of course, Habanos. The selection has grown year on year to the point that now the cigar range is held in a  walk-in humidor. The choice of whisky has grown even faster and there is now over 1,500 different bottles to choose from.

Malcolm has run the venue for over four decades and is no stranger to awards – having recently been appointed as a Keeper of the Quaich – a title bestowed upon those in recognition of an outstanding contribution to the Whisky industry. The shop was also voted International Whisky Retailer of the Year by the International Whisky awards panel in 2012 due, in no small part, to the opening of the Soho Whisky club in late 2011. This club is located above the current premises at 42 Old Compton Street, Soho, London.  The venue provides members with a comfortable and relaxed environment to enjoy Scotland’s and other countries finest whiskies.

As you would expect, the club also has a bespoke humidor with a well balanced range of Havana cigars and furthermore, despite all the regulations and structural obstacles that had to be hurdled, a beautiful, all weather cigar terrace was included in the designs. Now their membership are free to enjoy a good Cuban cigar when sipping a dram of fine whisky.  They also hold monthly cigar tastings, that are open to members and non-members alike.

Malcolm received the coveted award from Jemma Freeman, H&F’s Managing Director, at the launch of Por LarrañagaSobresalientes at the Churchill Bar in Portman Square on Tuesday 18th November and he will attend the Habanos Festival in Havana at the end of February as a guest of Hunters & Frankau.

The previous winners of the Silver Chaveta are: