Sautter’s of Mount Street have realised some images of an original H. Upmann cabinet that dates back to the late 19th Century. What makes this find truly remarkable is that almost all of the original cigars remain intact.

The Cedar wood Cabinet was designed to house 500 cigars and would have been originally intended for purchase by an individual customer. Although by modern standards this represents quite an investment there are examples of far larger cabinets of this type, some designed to hold as many as ten thousand cigars. 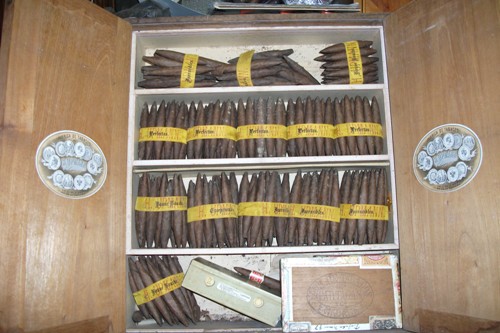 All of the cigars except one are unbanded and have been made in the Doble Figurado shape. This means that they are tapered at either end with a bulbous middle section. This shape was the most popular shape at the time and remained so right up until the early middle part of the 20th century when the parejo, or straight-sided cigar, became the most popular choice. 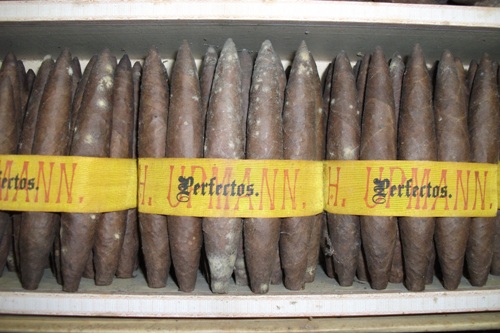 Below is a short video with Simon Chase (former Marketing Director at Hunters & Frankau). Here he talks us through some of the more interesting aspects of this unique find.

Sautter’s long term plans for these cigars are yet to be announced however at present they are being housed in-store and remain available for public viewings during the store’s opening hours until further notice. 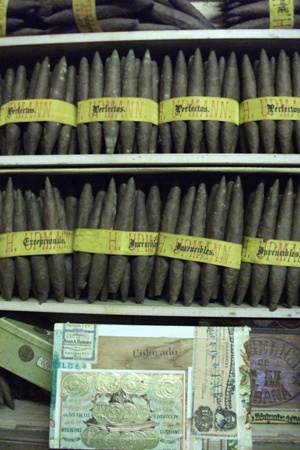