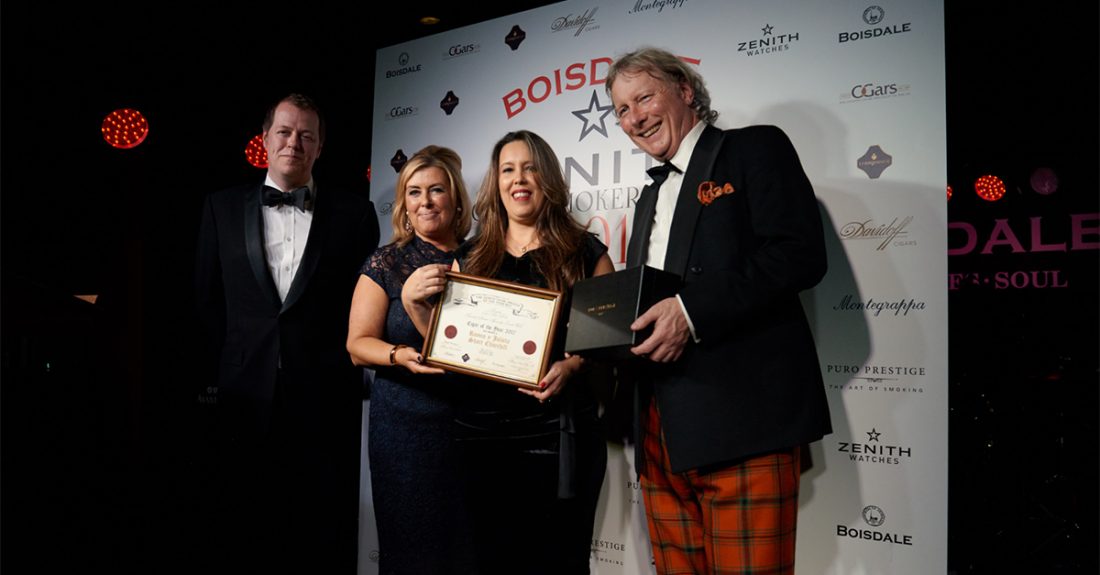 The Romeo y Julieta Short Churchill was awarded the “Cigar Of The Year” accolade at the Zenith Watches Cigar Awards Dinner, held at Boisdale Canary Wharf on Sunday 3rd November.

Bringing together cigar enthusiasts and celebrity cigar smokers, the event, now in its fifth year, was hosted by Tom Parker Bowles and Boisdale founder Ranald Macdonald. Musical entertainment on the night was  provided by Natasha Hamilton of Atomic Kitten.

Edward Sahakian owner of Davidoff St James’s was presented with a Lifetime Achievement Award. The Garden Lounge, managed by Master of Havana Cigars Adam Lajca, won Cigar Lounge of the Year and Paresh Patel took the prize for Cigar Retailer of the Year. In the year his book “Cigars: A Guide” was published, Nick Foulkes won the Cigar Writer prize.

Congratulations to all of the winners on the night and to the team at Boisdale for providing such a wonderful and memorable evening.

The full list of award winners on the night;

Cigar Terrace or Cigar Lounge of the Year
The Garden Lounge at The Corinthia, London

The Cigar Retailer of the Year
Havana House

Cigar Producer of the Year
Davidoff 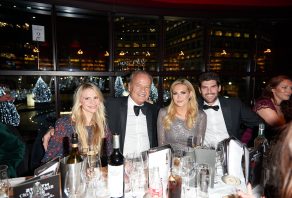 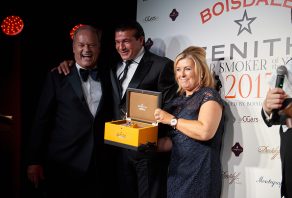 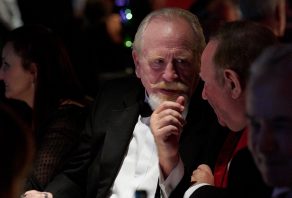