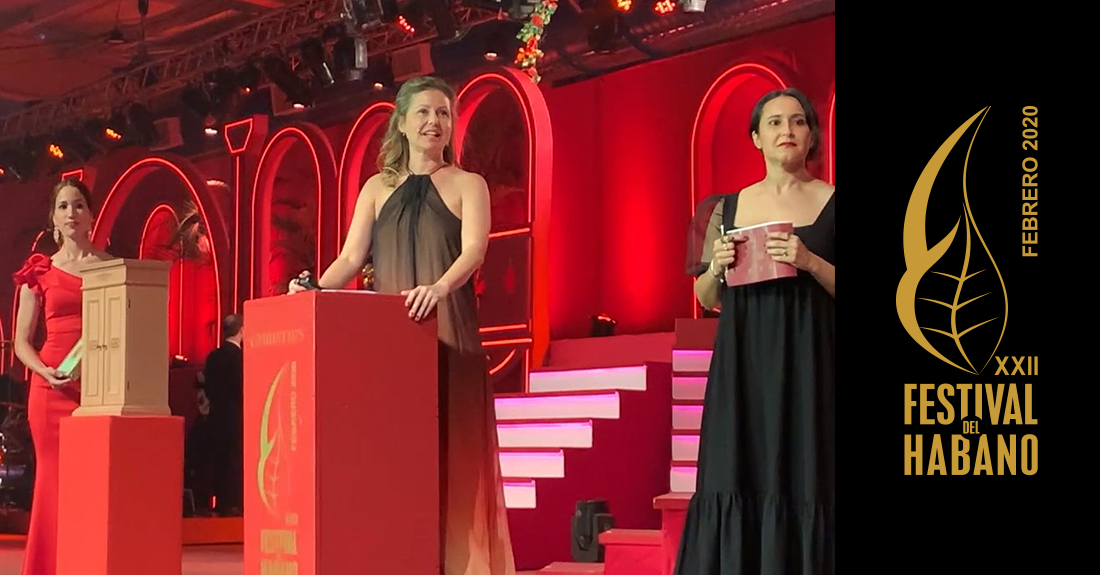 Friday 28th February 2020 was an historic evening for the Habanos Festival gala dinner, raising more money for charity than on any previous year.

Everyone at Hunters & Frankau, represented at the auction by Jemma Freeman (Executive Chairman), Sean Croley (Sales & Marketing Director) and Jose Antonio Cejas Diaz (Corporate Director), was particularly keen to see how the lot donated by Simon Chase‘s family would fare. We know Simon’s many friends across the world were, too.

The lot, consisting of a Ramón Allones 225 Aniversario Humidor (100 cigars) and a box of Ramón Allones Petit Coronas from the early 1970s, was the first of the night and we are delighted to report that it sold for a stunning €380,000. This was well above expectations and set a blistering pace for the rest of the evening.

Having donated the lot, Simon’s wife, Gabby and their three children, Sam, Katie and Isabella were also there to watch the sale.

There were five other lots auctioned that evening, including a Cohiba humidor that sold for 2,400,000. To put that into some perspective, the 2019 auction raised just over €1,500,000 in total.

The evening ended with a total of €4,300,000 having been raised for the Cuban Public Health System, smashing all past records.

“The interest within the room and eventual colossal winning bid for Simon’s humidor is a reflection of the enormous level of respect, affection and admiration he commanded during his incredible career spanning four decades in the cigar industry. With all the proceeds being donated to Cuban Medical Aid by his family the auction served as a fitting tribute to the man who had expertly conducted proceedings with his trusted silver chaveta as his gavel on seventeen previous occasions raising over $15m in total. This lot may have been Simon’s final contribution but his legacy will last for years to come.”

The closing bids for the Ramón Allones auction lot can be viewed below.