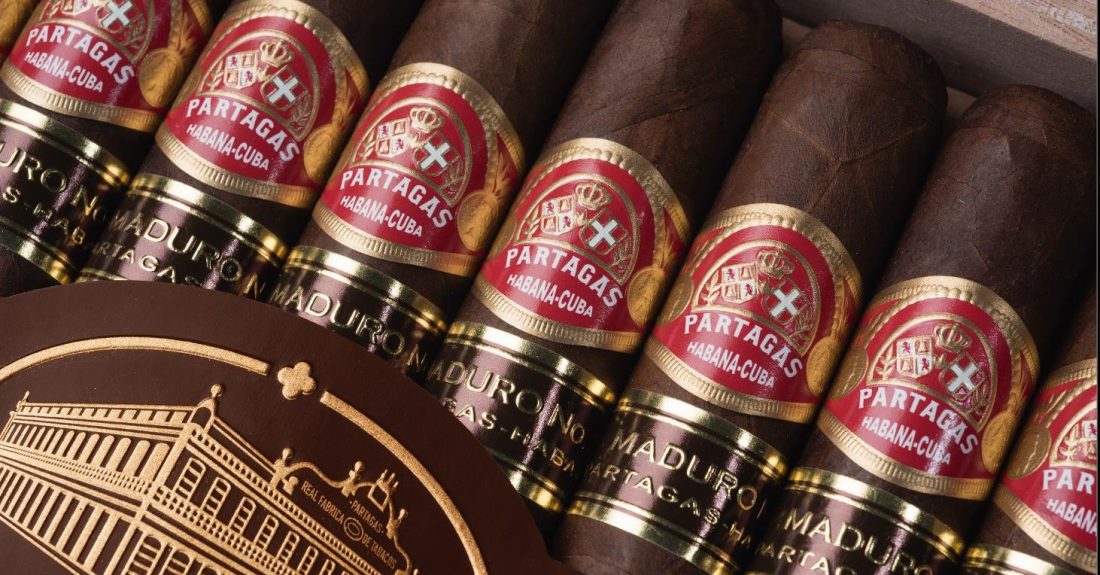 Partagas has released the latest addition to its Maduro line and these cigars, called Partagas Maduro No.3, are now available across the U.K.

The Partagas Linea Maduro concept was originally launched at the Habanos Festival in Havana in 2015, with the Maduro No.1.  A further two sizes were then announced to complete the range. These were named Maduro No. 2 and Maduro No.3, with the latter now launched in the UK.

Measuring 5 ¾” (145mm) x 50 ring gauge, the Maduro No.3 is presented in unvarnished SBN boxes of 25 cigars and is presented with a second band carrying the name of the vitola (size).

The term Maduro describes a very dark shade of wrapper leaf. The leaves are harvested from the top of shade grown tobacco plants and after air curing, natural fermentation and ageing, assume a rich, dark, oily appearance and adds a ‘top-taste’ to the blend which many smokers describe as adding a slight  ‘sweetness’.