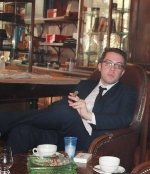 The 2011 releases have been announced by Habanos S.A., and they include a spectacular selection of Havana cigars.

The Reserva will consist of a specially aged Montecristo No. 2 (a pyramid with a 52 ring-gauge x 6 1/8” length). Personally, the Monte 2 is one of my go-to cigars. I can’t wait to taste these, considering they’re from 5 year old specially selected tobacco.

Similarly, the 2011 Limited Editions (LE) all come from 2 year aged tobacco stocks and offer another fine selection of familiar names. The stand-out cigar of the three, in my opinion, is the Cohiba 1966 – a 52 ring gauge x 6 ½” length cigar; similar in size to the Cohiba Siglo VI but with the addition of a pig tail.

A first LE for Ramon Allones also features high in the must-buy list of the 2011 cigars. Fans of Ramon Allones will be hoping it meets or exceeds the highly-regarded RASS (Ramon Allones Specially Selected), a full flavoured Robusto. The Allones Extra will consist of a 44 ring gauge x 5 5/8” length – a vitola known as a Franciscos in the factories of Cuba.

Not to be left out, a smaller Hoyo de Monterrey also features as a 2011 LE, The Short Hoyo Pirámides, has a 46 ring gauge x 5 1/3” and will come in boxes of 10. I expect this to excel and hope it performs similarly to the highly regarded ‘standard’ Hoyo Petit Robusto.

New standard releases featured this year include not one, but two substantial Partagás sticks – the new sizeable Serie E No. 2, 54 a ring gauge x 5 ½” ‘Duke’ and the Serie D No. 5, which features a 50 ring gauge x 4 3/8” length.

R&J LE Dukes from 2009 were a huge success and I have high hopes for the Partagás vitola, whereas the Serie D No. 5 was highly popular as a 2008 LE release and I expect it to deliver similarly high results.

Also released to the market, as a smaller cigar from H Upmann – a half corona (44 ring gauge x 3 ½”). Expect to see tins of 5 to appear first, before boxes of 25 which are scheduled to be available later in the year.

A quick note on the UK REs this year – this will be the first time ‘Reino Unido’ releases will be changed to the ‘Gran Bretana’ region and secondary cigar band.

More interestingly for the UK smoker, are the two 2011 UK REs from two major names – Bolivar and Punch.

Expect both to deliver a full-flavoured experience, of the highest quality.

Not only are we going to see 2011 releases this year, but two 2010 late comers will appear too – the petit Romeo y Julieta ‘Julieta’ an ideal short smoke, with ample flavour, and the UK Regional Edition La Flor de Cano ‘Short Robusto’. The Julietas arrive in pocktable tins of 5, and the Flor de Cano’s come in boxes of 25.

While each cigar for 2011 has its own unique attributes and features, 2011 looks like a bumper year for the cigar smoker. Enjoy!