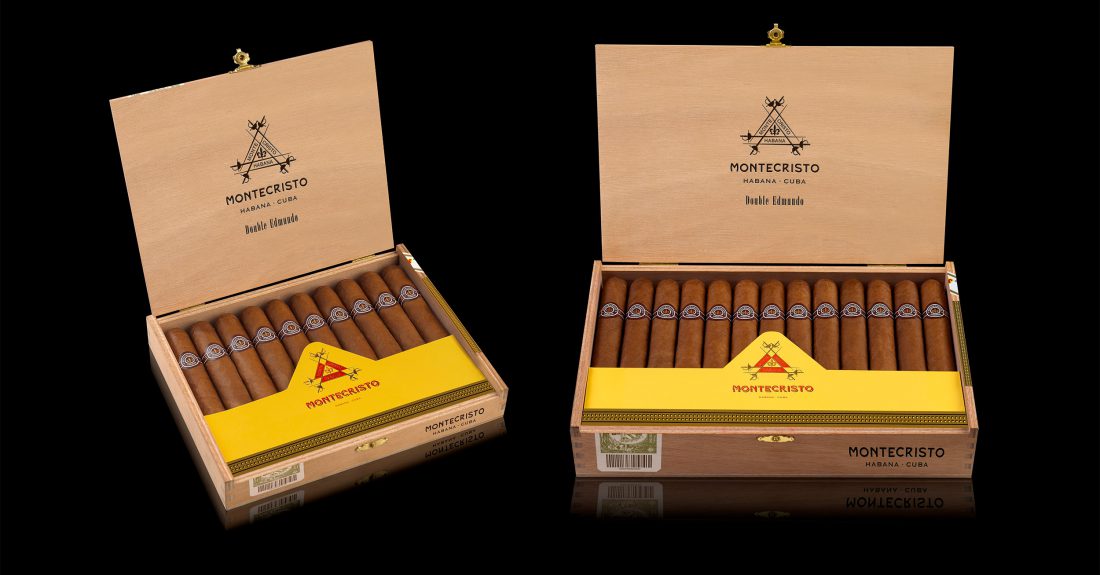 Montecristo Edmundo – At The Double

Montecristo has added a new vitola to their standard range. The Double Edmundo measures 6 1/8″ (155mm) x 50 ring gauge and is known as a Doble within the cigar factories of Cuba.

This cigars is now widely available across the UK in many of the Havana Cigar Specialists as well as other selected outlets. To find your nearest stockist click here.

This is the third time Montecristo have used the Edmundo name, inspired by Edmundo Dantes, the hero of the Alexandre Dumas’ novel, The Count Of Montecristo. It also represents the first of two new releases expected from Montecristo in 2013, with the Petit No. 2, 4 3/4″ (120mm) x 52 ring gauge, due later in the year.

Available in SBN boxes of 10 or 25 cigars, it has also been released dressed in the newly designed Montecristo band.

Since its launch in 1935 Montecristo has gone on to become the world’s most popular Cuban cigar house and is classified as medium to full in flavour.