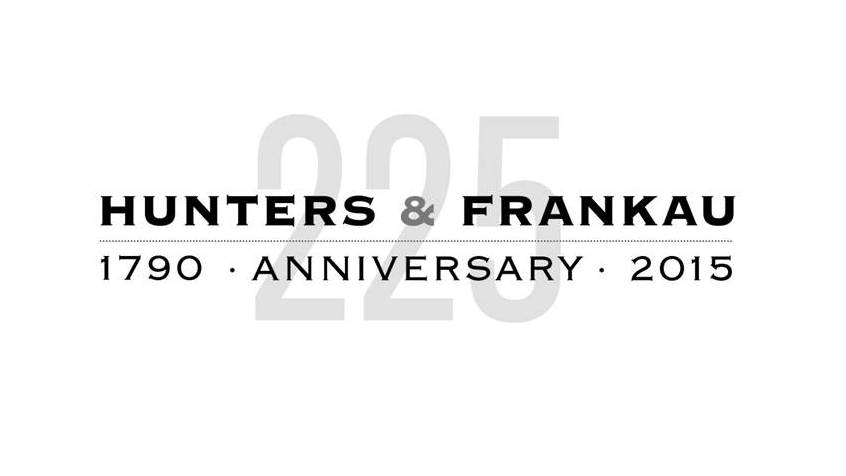 2015 was quite a year in the UK Havana cigar trade, not least because it saw Hunters & Frankau reach its 225th anniversary. Here are some highlights we’ve picked to remind ourselves of what took place.

In January we welcomed the arrival of “UK Cigar Scene”, the new online magazine owned and run by Nic Wing. Brimming with cigar news, reviews and gossip as well as video interviews and a calendar of events, it is essential browsing for cigar enthusiasts. If you haven’t already signed up for a free subscription, go to ukcigarscene.com.

On Tuesday 24th February, during the Habanos Festival, Hunters & Frankau’s directors invited industry friends to join them in the tropical garden of a 1950s villa in Havana, to celebrate their 225 years in business and their long, successful relationship with the Cuban cigar industry.

In the presence of the British Ambassador, senior Habanos S. A. officials and the Partagás factory workers, who made the company’s special anniversary cigar, guests were offered the first tasting of the Ramon Allones Hunters & Frankau Aniversario 225. Representatives from Havana Club were also present to offer a bespoke Havana Club rum blended specifically to compliment the cigar.

Also at the festival the UK entrant to the World Habanosommelier competition, Luca Tramontana of The Wellesley Hotel, made it to the final.

Tobacco Display Ban in the UK

Of course 2015 hasn’t all been good news in the cigar world. April 6th saw the introduction of the full Tobacco Display Ban in the UK. It has been encouraging to see this new law met with determination, good humour and no little inventiveness by the UK trade.

The H&F 225th Anniversary party in the UK;

On 19th June in London’s Belgrave Square Hunters & Frankau invited its suppliers, customers, colleagues and cigar enthusiasts for the main celebration of its 225th Anniversary. An evening of champagne, cocktails, canapés and cigars marked the launch of the Ramon Allones Hunters & Frankau 225 cigar, which had been aged in the UK for two years. Surprisingly, the weather was fine.

August saw the release of the new Partagas Maduro No.1, perhaps outstanding innovation among several exciting new releases over the course of the year that included Limited Editions, two new standard lines, a UK Regional Edition, a Reserva and the introduction of the new Añejados series.

2015 was also the year that H&F reclaimed the Association of Independent Tobacco Specialist, ‘Supplier of the Year Award” at the annual dinner in October. Having now held the trophy in nine of the previous ten years, we are every bit as proud of this year’s win as we were a decade ago.

The Launch of the Bolivar Belgravia (2015 UK Regional Edition);

In November the  UK Regional Edition, the Bolivar Belgravia arrived and was received enthusiastically launched at an industry event held at The Churchill Bar.

On the same evening Laurence Davis (owner of Sautters of Mount Street) was awarded the Silver Chaveta for his outstanding contribution to the UK Havana Cigar scene.

Yadira Bulnes Accepts the “Cigar Producer of the Year” Award;

Habanos S. A. were also among the prizes this year, picking up the “Cigar Producer of the Year” Award at the “Cigar Smoker of the Year Awards Dinner” held at Boisdale Canary Wharf.

There has also been a raft of exciting openings, such as Turmeaus store in Knutsford, as well as refurbishments, like The Garden Rooms at The Lanesborough Hotel and the lounge at James J Fox, to name but three (sorry if we’ve missed you out).

Cigar tasting events continue to prove hugely popular, going from strength to strength throughout the year with lots of new venues beginning to host them, and with over 30 already booked in for 2016, things show no signs of slowing down.

It continues to feel like an exciting time in the UK for the Cuban cigar industry with many reasons to be encouraged. At H&F we intend to work every bit as hard next year as this, and hope that it proves to be as encouraging, innovative and fun as 2015.

Wishing you all a very Happy New Year.