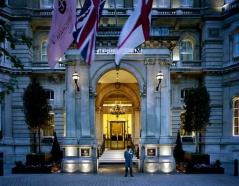 Hunters & Frankau have confirmed they shall be hosting their annual Summer Cigar Party on Thursday 23rd June at The Langham Hotel, in London’s West End.

The Summer Cigar Party is now in its fifth year following its inauguration in 2007 immediately after the introduction of the Smoking Ban. It is dedicated to the fine art of Smoking outdoors.

We are pleased to announce that at the event we are planning to launch the long awaited 2010 Regional Edition, the Flor de Cano Short Robusto, along with one of Habanos S. A.’s most exciting 2011 releases – the Partagas Serie E No. 2.

There will also be a selection of canapés, drinks and a live Cuban band in attendance as well as Joel Diaz, a master Cuban cigar roller, demonstrating his art.

Hine Cognac and Pol Roger have been announced as two of the drinks partners with more announcements expected in the coming weeks.

Although some of the details are yet to be confirmed interest in the event has been strong. To find out more about the event, or to book your tickets, please view the attached PDF or contact Dawn Ireland on 020 7471 8409, at dawn@cigars.co.uk Tickets are on sale now.

The Langham Hotel is located at: