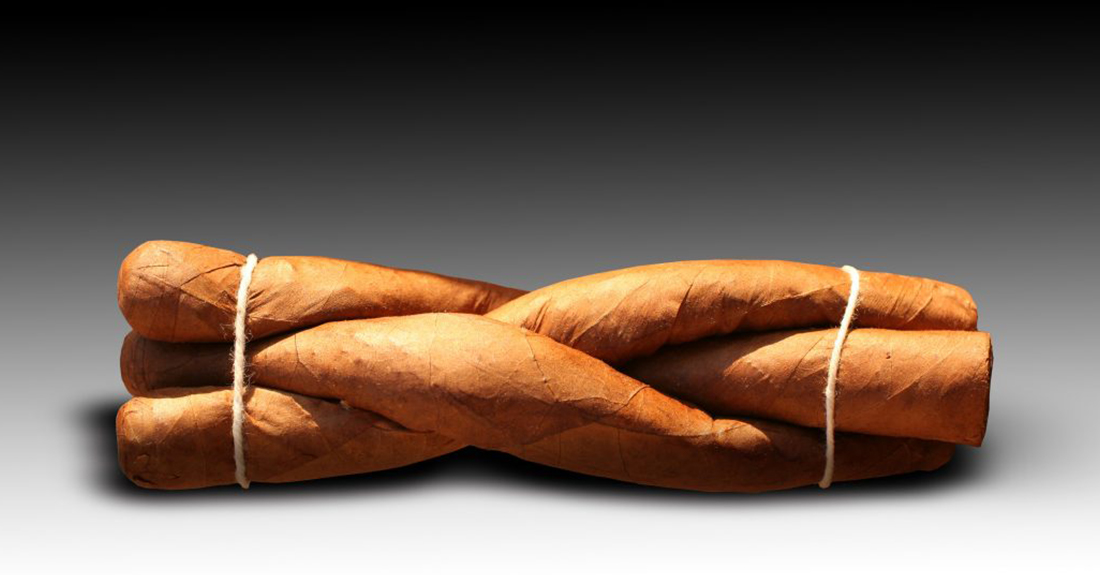 Watch a Culibras being rolled

The ‘Culebra’ term originates from the Spanish for ‘Snake’ and is traditionally three Panetelas twisted together whilst the tobacco is still moist. There are many different legends regarding the origin of this unique cigar, but the one that we like best claims it originated from a problem of missing stock from the cigar factories of Havana.

It was decided that the Torcedors (cigar rollers) would be provided with a quota of cigars to smoke for themselves. To differentiate this ‘allowance’ from the cigars they were rolling, the twisted shape was created exclusively for the factory workers.

The below footage was filmed in the James J Fox store in Dublin, Ireland around eleven years ago. It features Berta Corzo Thorp, a fantastic cigar roller from El Laguito, the home of Cohiba.

When the large cigar factories of Havana started to become popular tourist destinations, requests became increasingly frequent for the type of cigars that were seen being smoked by the Torcedoras. This resulted in the Culebra being launched to the public by the Partagás brand. Although other brands have made this shape in the past, Partagás remains the only one still making them today. They are a line exclusive to La Casa del Habano.
To find your nearest La Casa please click here.