The most eagerly anticipated Limited Edition cigar in recent years has now arrived. The third and final Limited Edition from Habanos, The Cohiba Robusto Supremos, has been released and is now available in the UK’s two Casas del Habanos, one in Teddington and the other in Chester. It joins the Partagas Seleccion Privada and Bolivar Super Coronas to complete the 2014 line up. They are now available in shops across the country.

The Limited Edition series began in 2000 and since then at least three cigars have been released each year (with the exception of 2002). However, despite forty-six previous Limited Edition releases from Habanos, the Robusto Supremos represents only the fifth time that Cohiba has produced one. To put this into perspective; Partagás have produced nine Limited Editions, Romeo y Julieta and Montecristo, eight and Hoyo de Monterrey, seven.

Furthermore, measuring an impressive 5“ (127mm) x 58 ring gauge the Robusto Supremos enjoys one of the widest ring gauges ever to be found on a Habanos, either as a Speciality or in the standard portfolio.  It is certainly the widest cigar in current production.

As with all Limited Edition releases (from 2007) all of the tobacco used in these cigars have been specially aged for a minimum of two years, they are all dressed with a dark wrapper leaf and bear an additional black and gold band inscribed with the date of production. 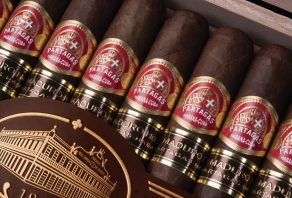