The H.Upmann Magnum 56 is the first of the 2015 Habanos Limited Edition range to arrive in the UK. Boasting an impressive 56 ring gauge, it is the second largest girth used on a Limited Edition cigar since the concept was introduced in the year 2000. The 2014 Cohiba Robusto Supremos leads the way with a 58 gauge.

The H.Upmann Magnum 56 is a light to medium bodied cigar and is presented in Cabinet SLB’s of 25. The cigars measure 5 ⅞”(150mm) x 56 ring gauge and are dressed with dark wrappers which are aged and selected especially for Limited Edition cigars.
Limited Edition cigars are made from specially selected tobacco leaves from the Vuelta Abajo zone which is widely regarded as the finest tobacco growing land in the world. All the leaves used have been aged for a minimum of two years. 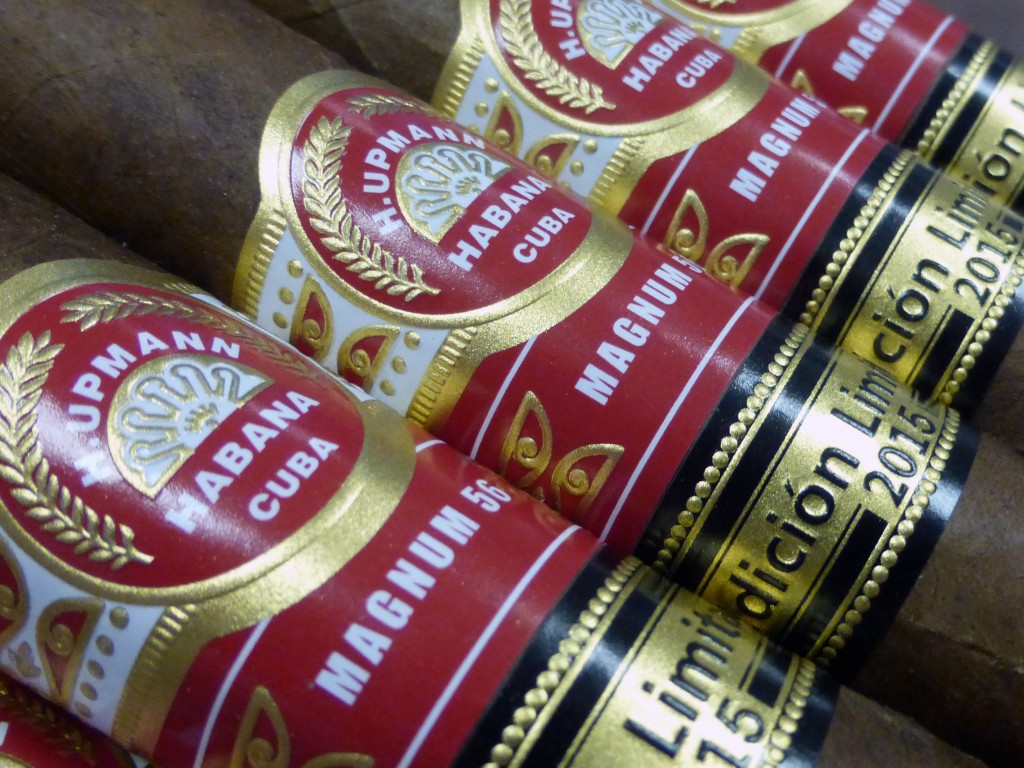