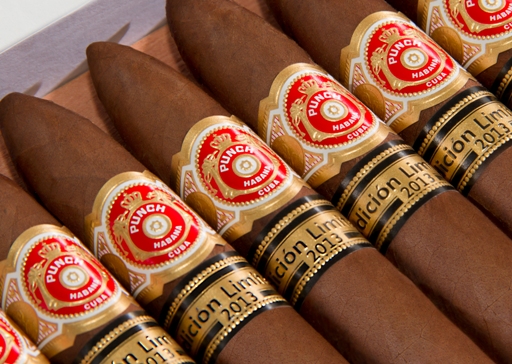 First Edición Limitada of 2013 is released

The Punch Serie D’Oro No.2 has now been released by Habanos S.A and is available across the UK.

This cigar represents the first Edición Limitada to ever be released by the Punch brand and is also the first of the 2013 releases to arrive in the UK. The Romeo y Julieta Romeo de Luxe (6 3/8″ x 52 ring gauge) and the Hoyo de Monterrey Grand Epicure (5 1/4″ x 55 ring gauge) are expected to arrive later in the year.

Presented in labelled boxes of 25 and measuring 5 ½” (140mm) x 52 ring gauge, this Campana sized vitola represents a size that was last seen in the brand in the 1930s.  However, Habanos S.A’s inspiration to launch this vitola as a Limited Edition comes from one of the cigars H&F commissioned for their UK Regional Edition in 2008 – Punch Serie D’Oro No.1.

Although the initial shipment has been relatively small there are more expected soon. 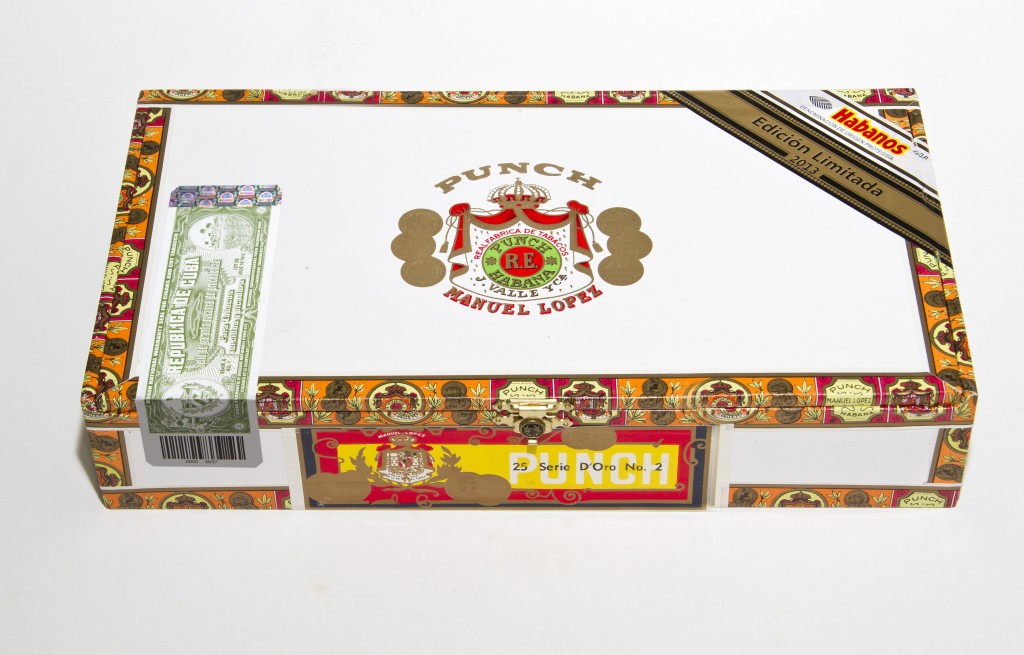 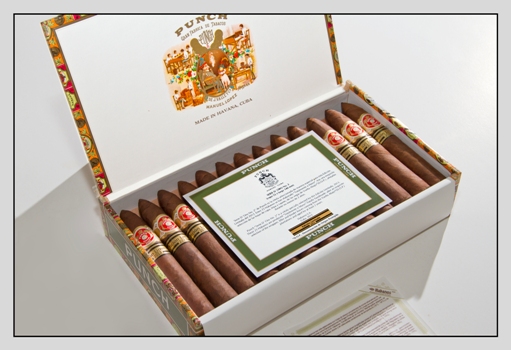 A Short History of Punch: 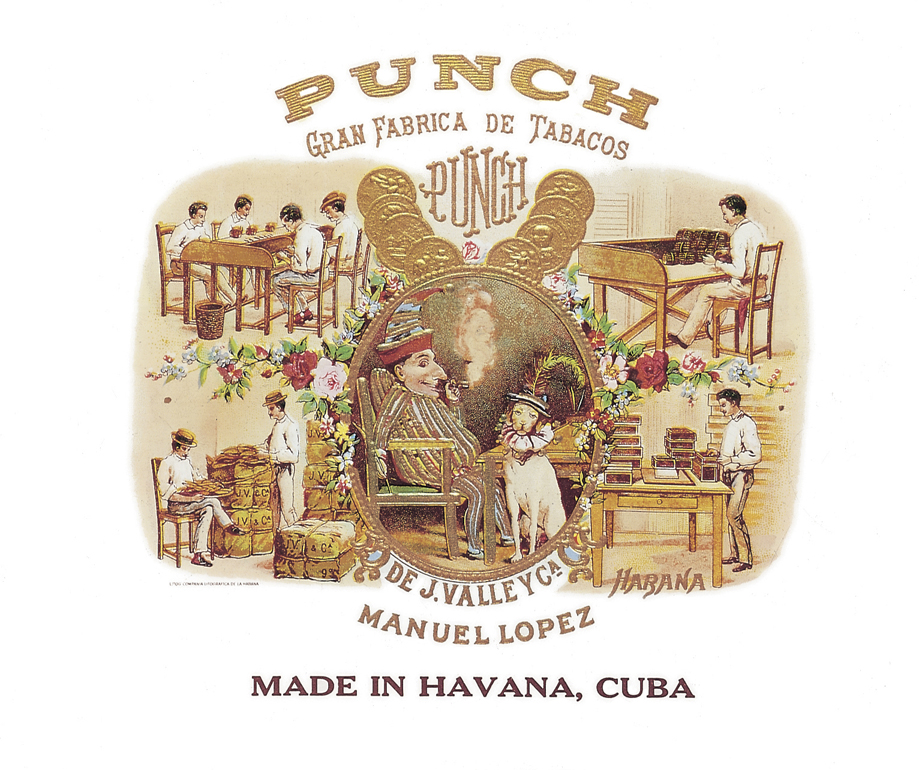 Punch was first registered as a cigar brand in Cuba in 1840 by a German named Stockmann, making it one of the very oldest Cuban cigar brands still in current production.

It is often claimed that the brand was named after the humorous British magazine called Punch, but since the title was not published until July 1841, this is unlikely.  Nevertheless Punch, the magazine, became a British institution for over a hundred and fifty years, which no doubt assisted Punch, the cigar, to become the firm favourite that it has been with British smokers for even longer.

In 1884 the brand was purchased by Manuel Lopez, the man who oversaw its rise to global fame and whose name is still commemorated on the Punch emblem.

Lopez died in 1925 and the brand was bought by a young man named Fernando Palicio with help from the British importer Melbourne Hart & Co., which lent him £30,000 to fund the deal.  In return for the loan, which Palicio repaid within five years, Melbourne Hart was granted the distribution rights for Punch in the UK and throughout the British Empire. A few years later Palicio and Melbourne Hart also bought Hoyo de Monterrey and, from 1931, production of both brands was amalgamated into one factory.

Since the Cuban revolution both Punch and Hoyo have remained under one roof at La Corona, the factory that is now situated in Havana’s Avenida 20 de Mayo.

Each year Habanos S.A. in Cuba releases a number of exceptional cigars known as Ediciónes Limitadas, or Limited Editions.

Since 2000 when the first series of four Limited Edition cigars was presented, a further three to five releases have been made annually, except in 2002.  The characteristics of Limited Editions are that they are made by the most celebrated houses in Havana, they use rare sizes and darker coloured wrapper leaves and that all of the leaves have acquired extra age.

The production run for each cigar takes place within a limited period usually during the year for which it is designated.  The exact quantity made of each release is not declared because the Cuban industry cannot tell how many cigars of each size it will be able to make until the bales of specially aged wrapper leaves are opened and graded for quality and colour.

Limited Edition sizes are considered rare because they must not replicate any of the sizes normally made by the brands in question.  Sometimes they are entirely new sizes, never produced before in Havana, such as the Sublimes (6½”/164mm x 54 ring gauge) first made for Cohiba in 2004 or the Duke (5½”/140mm x 54 ring gauge) first made for Romeo in 2009.  They can also be sizes that have not been made for many years like the 2004 Partagas Serie D No. 1 (6¾”/170mm x 50 ring gauge), which had not been seen since the 1950s.

Limited Edition wrappers are darker than those found on standard Habanos.  Dark wrappers can only come from the leaves at the top of shade-grown tobacco plants, which are younger, thicker and fuller of natural oils and sugar.  Such leaves demand longer periods for fermentation and ageing than normal wrappers – up to nine months for fermentation as opposed to one month, and over a year for ageing compared to six months.  All Limited Edition wrappers have been fermented and aged for at least two years before the cigars are made.

Some variation of wrapper colour occurs on Limited Edition cigars from Colorado (dark brown), Colorado Maduro (very dark brown) and Maduro (nearly black).  Contrary to popular belief they are not all Maduro, but most are.

Up until 2006 the filler leaves in Limited Edition cigars were fermented and aged in the same way as for the standard production of the brands.  However, from 2007 onwards, all the filler leaves including the binders were subjected to an extra ageing process so that all the leaves are now a minimum of two years old before the cigars are made.

The extra ageing of the filler tobaccos gives a rounded, mellow flavour to which the higher sugar content of the darker wrapper adds a hint of sweetness.