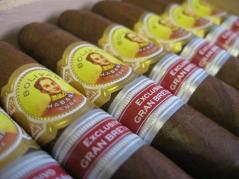 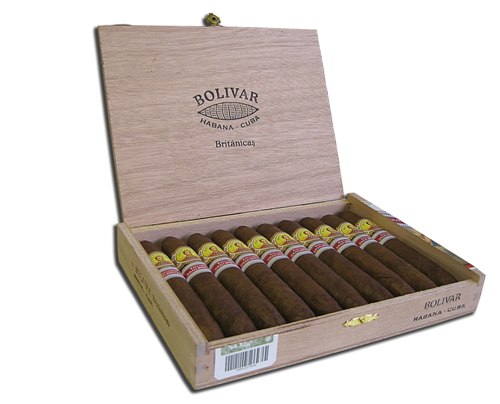 For the last seven years, the companies that distribute Habanos in different territories around the world have been invited by Habanos S.A. to bid for the chance to develop their own special sizes in the less well-known Habanos brands, which will be made in limited quantities for sale only in their own markets.  They are known as Regional Editions.

Regional Editions are a Limited production of a standard Habanos vitola that is new to a particular brand. They can only be requested in non-global brands and since 2006 they have been available in numbered boxes.  They are only sold to customers in the Distributor’s area.

The factory name “Británicas” is applied to a unique shape in the world of Havanas.  It can best be described as a “Perfecto”, but it has the distinction of a wider aperture at the foot than is customary for cigars of this type, which makes it easier to light up and get going.

Why and when the name “Británicas” was chosen by the Cuban industry is unknown, but it seems certain that it was first made for the British market.  The shape survived to the present century because it was adopted by Romeo y Julieta for a cigar named the Celestiales Finos, which ceased production in 2002.  The original vitola measured 5⅜ inches (137mm) by 46 ring gauge, but the Bolivar Britanicas has had two extra points added to its girth, which strictly speaking makes it a “Británicas Extra”.

This very rare size has been specially made for the UK at a factory situated in the Santa Clara region of central Cuba under the supervision of the Partagas factory in Havana, which has the responsibility for the Bolivar brand wherever the cigars are produced.

Hunters & Frankau commissioned a reprint of a special label, known as a “papeleta”, which was last used on Bolivar boxes over forty years ago, to wrap over the side of the box.

The second 2011 Regional Edition, the Punch Medalla de O’ro is due to be released at the end of May this year. 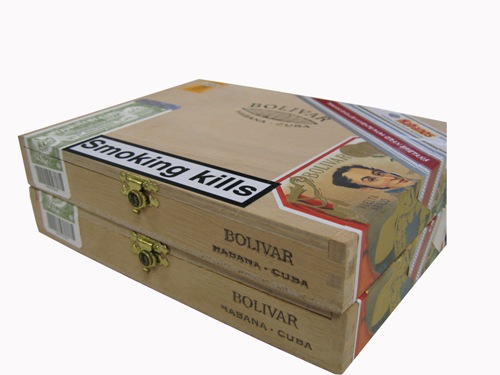